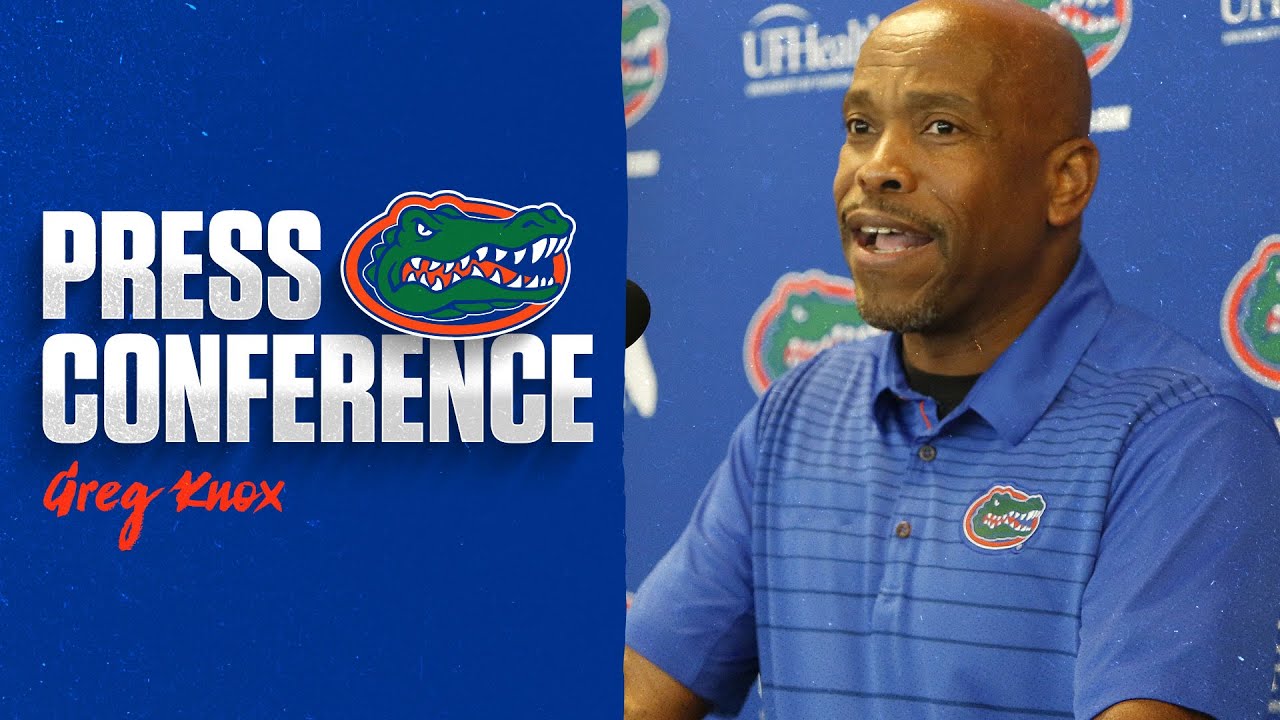 It’s a role he’s had before, taking over for Mullen in 2017 after he left Mississippi State for Florida. But his familiarity with this process doesn’t make it any easier to go through again.

“It's been kind of a crazy 24 hours,” Knox said. “It was an emotional time. I've been with him 13 years, but this wasn't the first time. We talked and I understand, he understands. It’s a business, and so we just keep rolling.”

Money talks:Dan Mullen got fired and got $12 million. Which college football coach has the biggest buyout?

Mullen couldn’t keep it rolling this year after leading the program to New Year’s Six bowls in his first three seasons. The Gators (5-6, 2-6 SEC) are now fighting for bowl eligibility Saturday along with rival Florida State (5-6, 4-4 ACC).

Knox offered his perspective on what went wrong this fall.

“As a team we didn’t make the plays,” he said. “Saturday night you could see it again. We’re right there in the game and we’re just not making that one play. Dan had said earlier, you look at guys that are like ‘well, I’m hoping somebody makes that play’ instead of saying ‘I need to make this play.’

“I look back at games and we made mistakes that we were not able to overcome. It’s not a talent issue — it’s an attention-to-detail issue. And if we’re more attentive to detail, we’re gonna win those games. We just did not make the plays Saturday night we needed to make, and it cost us.”

Florida running back Dameon Pierce said there were mixed emotions from players when Mullen spoke to them Sunday in the team meeting room. Pierce didn’t think a potential coaching change would happen until after the season, so he was a bit blindsided by the news.

Pierce added, “The valley teaches you lessons that the mountaintop doesn’t. I would rather go through a low time and learn so when I get to my highest point, I’ll be ready.”

Knox said quarterbacks coach Garrick McGee is going to call plays on offense, while linebackers coach Christian Robinson will continue to serve as defensive coordinator. Quality control assistant Dean Kennedy has been elevated to an on-field coaching role to help out on offense, Knox added.

With all the moving parts on Florida’s staff this month, defensive end Zachary Carter said he and his teammates are trying to focus on FSU and sending the seniors out with a win.

“It starts in the locker room,” Carter said. “Last week, especially as a defense, guys were locked in and focused on the task at hand. We just went out there and we played together. We actually executed pretty well, so it’s the same thing this week.

“We know what we’re up against. This is a big rivalry game. We’re both fighting for bowl games, so it’s a pretty big game. It would mean a lot to send the seniors out the right way.”

As the interim coach at MSU, Knox led the Bulldogs to a 31-27 win over the Lamar Jackson-led Louisville Cardinals in the TaxSlayer Bowl.

“He's been here before. This ain’t his first rodeo. Coach Knox is 1-0, 100-percent winning percentage, man," Pierce said. "We’re dedicating this game to what Coach Mullen left off, which was no matter who’s here, we’re going to take care of the Gator Standard and try to find a way to win.”