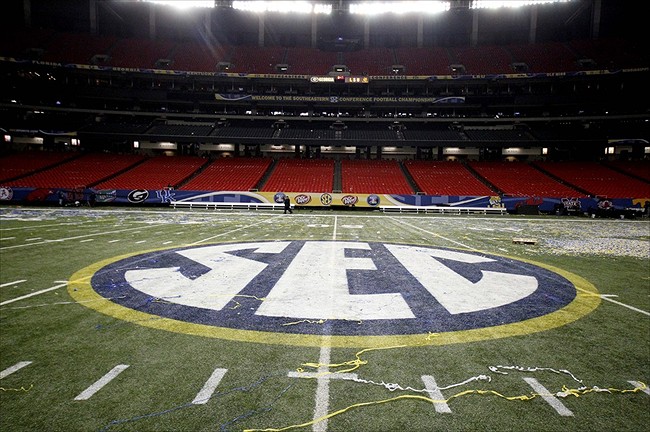 There is a great scene in the movie “Apollo 13” that I think about every time people start getting way ahead of themselves over an issue.
And it popped into my head again this week.
The astronauts are trying to figure out the steps to take to get the damaged ship home from space and Kevin Bacon’s character is upset about the lack of a reentry plan and Tom Hanks’ character — Jim Lovell — says this to him:
“Now listen, there are a thousand things that have to happen IN ORDER. We are on number eight. You’re talking about number 692.”
Yep, that’s the first thing I thought when the NCAA surrendered and admitted that it is time to get the “student-athletes” some sort of extra financial support in addition to the stipend they received, free room and board and medical and clothes and meals and adoration.
The NCAA caved in, but we are so far from knowing how this is going to work, everybody needs to calm down and concentrate on the next step, not the one where EA Sports brings back its college football game in 2022.
(Although I can’t wait.)
Nobody knows anything about how this is going to work or when it’s going to start working. It’s not going to ruin college football and the rich are not going to get richer because they can’t get a whole lot richer unless they can figure a legal way to raise the limit of 85 scholarships.
Nobody has even thought about how a baseball player on a third of a scholarship or a golfer getting breakfast and books might benefit. There are these crazy misconceptions that there are going to be millionaires on every football team and divided locker rooms over money.
Bro, we’re on Step 8. The NCAA knew that the resistance was futile and threw in the towel (selling the sponsorship to that towel before it landed on the floor of the ring).
We have no idea how this is going to be shaped. My idea is to put money in a trust that a player can only collect after he or she graduates from college. As long as the schools are already investing in the education of the young men and women, they should add another incentive to finishing (as if getting a degree isn’t incentive enough).
So let’s see how this evolves over what it sure to be a long process. Everybody relax. There are games to be played. That’s what matters.
And Dr. Football had another stellar week, not because I picked well, but because I avoided picking games I would miss like Oklahoma-Kansas State.
There’s an art to this, I tell ya. The record was 8-2 and is a stellar 72-23 for the season. This week, we include signs that I am clearly living in a parallel universe opposite the real college football season:
FLORIDA-GEORGIA: (Florida fans are more confident in their offense than Georgia fans). This is a classic coin-flip game. Florida has a track record under Dan Mullen for rallying in the fourth quarter. I think the guys will finish against Georgia this time. Florida, 28-24.
MIAMI AT FSU: (Both coaches have asked that you throw the records out with this rivalry game. Please). Hey, guys? The 19980s and ’90s called and want to know what you did with the real teams. They meet as unranked for the fourth time in the last 14 years. Winner to Shreveport. FSU, 27-21.
UTAH AT WASHINGTON: (Utah can get to .500 all-time in Pac-12 games since it joined). Utah never beats Washington in Seattle. Never. Except this year. Utah, 24-17.
OLE MISS AT AUBURN: (Auburn could lose four games this year and not fire Guz Malzahn). I might think the Tigers could have a hangover from last week, but Ole Miss is instant Advil. Auburn, 20-10.
OREGON AT USC: (Clay Helton might win the South division and still get canned). I have picked against Oregon too many times this season. Oregon, 34-23.
KANSAS STATE AT KANSAS: (Both teams are coming off wins). What the heck is going on with Kansas. I mean, a coach can’t be that lucky, right? The Hat must be doing something right. Kansas, 23-22.
VANDERBILT AT SOUTH CAROLINA: (Will Muschamp and Derek Mason have bottom of the SEC defenses). You know those FPI dealies where they tell you what the win probability is for a team? I don’t need no stinking stats to know South Carolina might win this one and not again until 2020. South Carolina, 28-20.
MISS. ST. AT ARKANSAS: (The cowbell clangers wish Mullen was still the coach and Arkansas wouldn’t be opposed to Bret Bielema coming back. Or Bobby Petrino). This is must-not-watch TV. Miss. State, 16-13.
SMU AT MEMPHIS: (College GameDay went to Beale Street instead of Jacksonville where two top-8 teams are playing). So if they are going to allow the players to be paid does this mean we have to stop referring to SMU getting the death penalty back in 1987? Asking for a friend (he paid me to ask). Memphis, 34-31.
VIRGINIA AT NORTH CAROLINA: (This game actually means something and it’s not basketball season). Huge implications in the ACC’s Other Division. Massive. Actually, while it’s for the division league, but won’t decide a darned thing. Virginia, 27-19.
Contact Pat Dooley at 352-374-5053 or at pat.dooley@gvillesun.com. And follow at Twitter.com/Pat_Dooley.