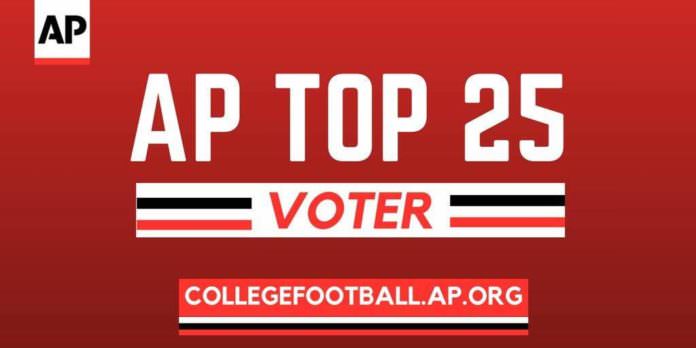 It’s easy to tell that we are nearing the start of the college football season because I managed to irritate two fan bases in three days this week.

Talking season is officially over.

The first of the frustrated were the UCF fans who didn’t like that I wondered in print whether athletic director Danny White might not really want to have a series with Florida. (Then, they attacked my innocent dog on social media, who barked several times during an interview in Orlando Sentinel columnist Mike Bianchi’s radio show while I was explaining my position).

The second angry mob? Florida fans when I said on Paul Finebaum’s TV show Wednesday that the Gators were slightly overrated this preseason. (Which I have written several times this summer, but that was during talking season so nobody noticed).

We need some real football games, not unseen scrimmages and gushing optimism from coaches. And certainly not preseason NFL games where the coaches are afraid to play starters.

It’s getting closer, and when it arrives it will be in fifth gear before we shift into second. That’s the way a college football season flies by.

For example, next week you will know where the most respected poll in the country ranks your Gators and the other teams receiving votes. And today, you get to see where this Associated Press voter placed his 25 teams.

1. Alabama: I hinted in The Back Nine column I was thinking about doing this and had little trouble following through. Nick Saban’s excuses for losing the title game last year may not wash, but we know he is as angry as Dabo Swinney is cocky. That’s a dangerous recipe.

2. Clemson: But I’m not stupid. Clemson is going to miss the big guys up front, but still has the likely Heisman Trophy winner and tons of talent.

3. Oklahoma: This is a little bit of a hunch, because most polls have Georgia third. The Sooners under Lincoln Riley score points during timeouts and QB Jalen Hurts has something to prove.

4. Michigan: I have to admit, I fell for the hype. But I wonder how much the Wolverines would be this year’s sexy team if Urban Meyer was still at Ohio State.

5. Georgia: There are holes on this team, but those holes are being filled by five-star players. The changes in coordinators will be really interesting.

6. LSU: Remember when it used to be called Clemson-ing? If this LSU team finds a way to lose a game (and a chance to play in Atlanta) in inexplicable fashion we may have to come with a new name for it. Maybe Bayou Boomerang-ing?

7. Oregon: The Pac-12 is hoping to make the playoffs for the first time in three years. The Ducks aren’t quite in Star Wars territory, as in, “Help us, Oregon-kenobi. You’re our only hope.” Only seven picks in and I’m already getting punchy.

8. Penn State: I am not a big fan of James Franklin, but the dude can really coach.

9. Ohio State: I know Ryan Day went 3-0 last year while Meyer took his punishment by standing in the corner, but the three wins were against teams that went 10-27 last season. In other words, the jury is still out.

10. Texas: If the Longhorns play every game like they did last year’s bowl game, watch out.

11. Florida: OK, so I don’t have the Gators in the top 10, and if you listened to my podcast you already knew this. I love Florida’s starting 22, but the depth is a question mark.

12. Washington: It’s been so long since quarterback Jacob Eason played a meaningful snap, I’ve forgotten what he looks like.

13. Notre Dame: The Irish had a special season in 2018 until the boring playoff loss by 27 points against Clemson. We won’t have to worry about that again.

14. Utah: The term “salty” was invented for this defense. There’s a Salt Lake City pun to be had here, but I’m not clever enough.

15. Auburn: I confess that the first time I filled out my ballot, I forgot Auburn. The Tigers are that big of a mystery team.

17. Syracuse: The countdown to wherever Dino Babers will be coaching next year starts … now.

18. Texas A&M: The Aggies have better talent and better coaching than this spot, but the schedule is brutal.

19. Missouri: I predict the Tigers will win their bowl ban appeal. I’m basing this on my extensive knowledge of how the NCAA works. (insert muffled laughter).

20. Virginia: Solid team that may surprise a lot of people. Or not.

21. Wisconsin: Solid team that, oh wait, I used that one.

24. Michigan State: I have a feeling about Sparty. Or is that acid reflux?

25. Boise State: Orange and blue against FSU in the opener? I like it.