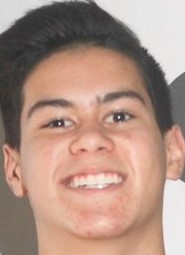 Florida’s 2021 class landed a commitment Tuesday from three-star quarterback Jalen Kitna, giving the Gators and coach Dan Mullen their second commitment from a signal caller in the current recruiting class.

After talking with @CoachDanMullen and @BDJohnson3 I’m proud to say I’ve received an offer from The University of Florida!!🐊🔵🟠#GoGators #Gatornation 1 Corinthians 2:9 pic.twitter.com/WXE1BPaV4A

The 6-foot-4, 200-pound prospect is the son of former NFL quarterback Jon Kitna, who served as the Dallas Cowboys’ quarterbacks coach before taking the Burleson coaching job in early March.

Kitna’s commitment should clear up any lingering uncertainty regarding Florida’s quarterback situation. Following the departure of Jalon Jones, the Gators flirted with the possibility of signing two signal callers in the 2020 class before zeroing in on highly regarded Eastside High quarterback Anthony Richardson, who joined the program in December as an early enrollee.

With Feleipe Franks now enrolled at Arkansas, the Gators appear set to enter the fall with just three scholarship quarterbacks – which meant adding a second signal caller to the fold in some capacity was a priority for Florida’s coaching staff.

Now, Kitna will join four-star pro-style quarterback Carlos Del Rio as next in line to develop under center at Florida.

Kitna’s commitment is the second in the span of 48 hours for the Gators following the addition of four-star wide receiver Charles Montgomery. With 17 commitments, Florida’s 2021 class ranks No. 6 according to 247Sports.