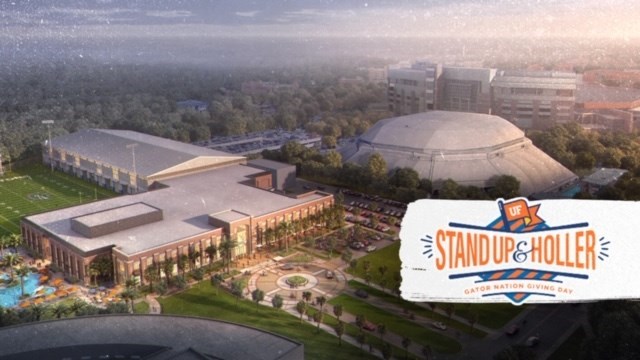 An anonymous donor is going to have a known impact on the facility upgrades going on at the University of Florida.

The University Athletic Association and Gator Boosters Inc. have received a huge boost in fundraising efforts for the school’s Facilities Master Plan in the form of an anonymous $5 million gift.  It came Thursday as part of UF’s annual giving day event.

The $5 million gift is earmarked for the $85 million, 140,000-square foot James W. “Bill” Heavener Football Training Center, which will serve as the new standalone home for Florida football. The front lower quadrant of the building is for all student-athletes, featuring the Gary D. Condron Family Dining Hall, student-athlete lounge, along with outdoor activities and amenities.

“This gift will continue to put the University of Florida athletic program in a position to rank among the best in the nation,” athletic director Scott Stricklin said. “The capital projects that we are currently engaged with will have an impact on staff, student-athletes and our fans that will help us deliver the promise of a Championship Experience with integrity at the University of Florida.”

The standalone football stadium and new $65 million baseball stadium, Florida Ballpark, are part of Phase 3 of UF’s Facilities Master Plan. The baseball stadium is expected to be completed in late June, at which time ground will be broken on the football facility, which is being constructed on the site of McKethan Stadium.

UF’s fundraising goal for Phase 3 is $155 million, with the hope of reaching that target by the time construction begins on the football facility. Stricklin said two weeks ago that more than $100 million has been raised. That figure went up at last by $5 million with Thursday’s anonymous gift.