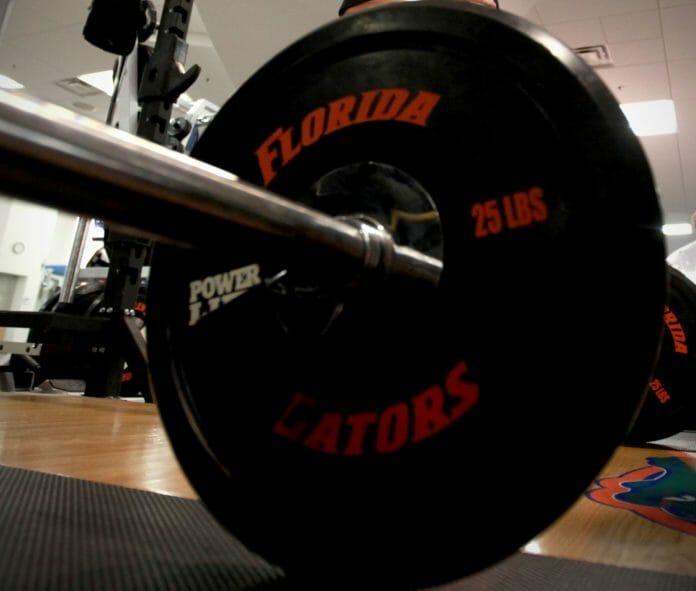 The Florida Gators willingly, and without apparent trepidation, marched straight into hell Tuesday morning with the start of Nick Savage’s much-anticipated strength and conditioning offseason program. No one should have been shocked by anything they saw or went through, because the players have been warned how physically and mentally demanding these next few months are going to be under Savage and his staff.

In an interview with senior offensive tackle Martez Ivey last week, Ivey said Savage and the strength coaches have been talking to the players and telling them how they were going to be put through hell with all kinds of highly competitive situations in the weight room and on the conditioning fields.

Ivey said he and his teammates were actually looking forward to it.

The Gators do need this. They desperately need it coming off a 4-7 season that saw this team caught in physical mismatches at times, like in the season-opening loss to Michigan, and again later in the season against Georgia and FSU.

The fact the players know they need this is a great sign. These are highly competitive athletes who want to be pushed, want to be challenged, want to become stronger and faster and tougher. Want to be a better football team. The work — the hell — began Tuesday morning. And it’s only going to grow tougher.

Sometime after national signing day (Feb. 7), members of the media are going to have a chance to spend some time with Savage and some of the players. It will give us a little glimpse into how hell can change a football team and its attitude.

While the Gators have started to work on next season, several former Gators are continuing their play in the postseason.

Six former Gators will be playing in the NFL’s two conference championship games Sunday — Dante Fowler and Lerentee McCray with the Jaguars, Trey Burton and Jaylen Watkins with the Eagles, Mike Gillislee with the Patriots and Mack Brown with the Vikings.

Two other former Gators will be playing in the Senior Bowl in Mobile, Ala., on Jan. 27 — cornerback Duke Dawson and punter Johnny Townsend.

Dan Mullen and his staff have some recruiting needs they need to fill between now and Feb. 7, but the biggest one of all appears to be at linebacker, where the Gators currently have only seven scholarship linebackers on the active roster. Two others remain on the suspended list — Ventrell Miller and James Houston IV.

The Gators signed only one linebacker, David Reese, during the early signing period in December, but he is listed as a defensive back on the school’s official list of signees.

UF desperately needs linebackers. The problem is the recruiting board at linebacker is very thin at the moment, with no obvious leans toward the Gators.

With UF expected to play a lot of 3-4 defense (three linemen, four linebackers) under defensive coordinator Todd Grantham, the numbers are scary low at linebacker at the moment.