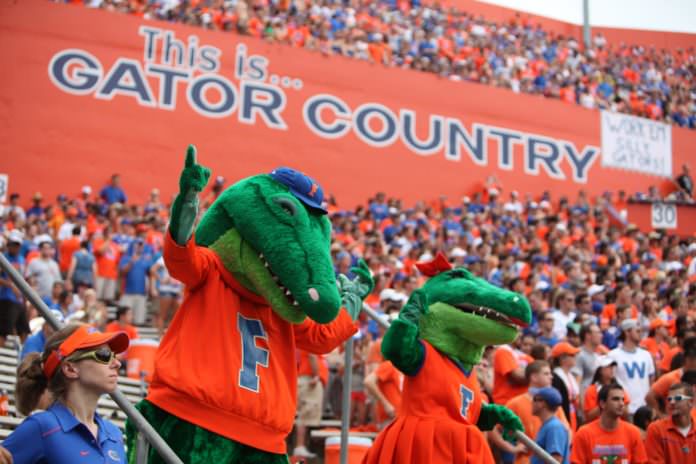 Florida seemed to get into the heads of the LSU Tigers and their fans last season with a “home” upset win in Baton Rouge. The Gators appear to be trying to burrow even deeper with Thursday’s announcement that LSU will serve as UF’s Homecoming foe in The Swamp on Oct. 7.
Homecoming games are usually scheduled against lesser foes or non-conference opponents, so LSU is likely going to be bristling over this scheduling decision by a school that has become one of the Tigers’ biggest rivals.
Throw in the fact that the UF baseball team beat LSU to win the College World Series two weeks ago, and the Tigers and their fans must be beside themselves over all things Gator at the moment.
The decision to make the Oct. 7 LSU game Homecoming was made by the university, not the UAA or the football program.
LSU and Florida were supposed to play in The Swamp on Oct. 8 last season, but the game was postponed due to the threat of Hurricane Matthew. There was an opportunity to reschedule the game for Nov. 19 at Florida Field, but LSU refused to give up a home game to do it.
After much haggling between the two schools, UF agreed to move the game to Baton Rouge on that date. As part of the deal, the Tigers have to come to The Swamp this season and next.
Florida clinched its second-straight SEC Eastern Division title with the 16-10 win at LSU.
The Gators own a 67-24-2 record in Homecoming games, including a 25-3 mark since 1989. The last time Florida and LSU met in a Homecoming game was Oct. 7, 2006, a 23-10 win for the Gators.
There has been no indication from UF whether the 2018 LSU game also will be Homecoming for the Gators.