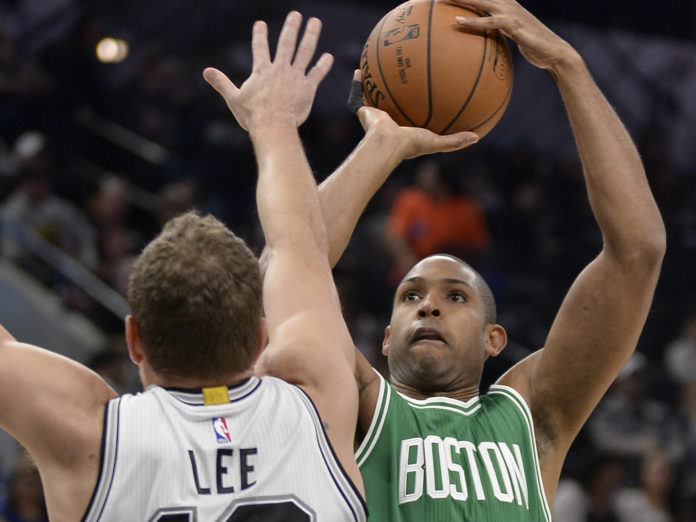 David Lee is still looking for an NBA team to sign him after declining a $2.3 million player option this summer to rejoin the San Antonio Spurs and became an unrestricted free agent. Lee turned 34 years old last April.

Al Horford called all the roster movement by the Celtics this summer, “very strange” after the team reached the Eastern Conference Finals last year but also added he thinks the team is moving in the right direction.

St. Petersburg native Marreese Speights will now play much closer to his hometown after signing with the Orlando Magic this summer. Speights spent the last four years of his NBA career in playing in California for three seasons with the Golden State Warriors  and one with the Los Angeles Clippers.

Rookie Devin Robinson is “out for a while” with a foot injury according to Washington coach Scott Brooks. Robinson wasn’t going to see much playing time for the Wizards this season anyway after signing a newly introduced two-way contract that allows players to play in the G-League and spend up to 45 days on an NBA roster.

Chandler Parsons will be coming off the bench for the Memphis Grizzlies this season despite his starter-like contract that pays him $23.1 million this year. Parsons played in less than half the team’s games last year so coming off the bench may be a way for the team to limit his usage and keep him available for more games.

Joakim Noah will be sitting out the first 12 games of the season for the New York Knicks stemming from a 20-game suspension he received at the end of last season for violating the league’s anti-drug policy.

Udonis Haslem signed a one-year contract this summer to rejoin the Miami Heat for his 15th season with the team.