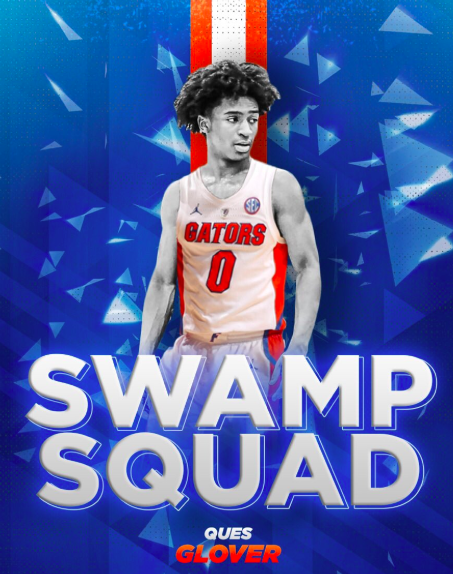 Ques Glover is used to outsiders dismissing his game after taking one look at his height.

But prior to the start of his senior season, Glover was ready to throw in the towel on joining one of college basketball’s elite programs.

“Right after my last AAU game (before my senior year), I told my parents that I wanted to get my recruitment done with and I was going to try and commit early, so that during my high school year I wouldn’t have to worry about recruitment,” Glover said. “And then after AAU, I didn’t have some of the offers I was looking for, so I waited it out.”

As it turns out, it was a wise decision — Glover’s senior year, which culminated in Bearden High’s first state title, would rewrite the narrative.

“He called my high school coach and he was like ‘Can you send me some film on Ques?’ and then he asked for my transcript,” Glover said. “Then he said he would come see me work out Friday afternoon.”

Following the team’s championship celebration, Pinkins arrived to watch Glover work out in the team’s gymnasium. Then came a decisive talk with head coach Mike White, and it didn’t take long for White to trust Pinkins’ high evaluation.

By Monday morning, Glover became the fifth and seemingly final member of Florida’s 2019 class when he committed to the Gators on April 1. While some have labeled Glover a project at the next level, those inside the UF program believe the speedy ball-handler will find himself contributing on the court sooner than later.

Anyone who believes Glover will settle for less likely doesn’t understand the Knoxville native’s mentality.

Glover is accustomed to being dismissed without a fair chance, and he concurs with the standing belief that his game is unfairly knocked due to his stature.

“I really do think my size kind of hindered my recruitment,” Glover said.

If anything, being written off prematurely has pushed him mentally, while at the same time forcing him to expand his game and find unique ways to score over the often taller opposition.

“I do play with a chip on my shoulder,” Glover said, “and I’ve become creative with the ways I score the ball.”

“This my only way out of Knoxville”

Once he’s on the court, however, it doesn’t take long for the 5-foot-10 point guard to change whatever preconceived notions the competition may have had prior to tip-off.

“I feel like when the game starts, I get overlooked at the beginning of the game,” Glover said, “but throughout the game, they start to realize I can play.”

Glover’s future teammates can attest to that fact.

Throughout his high school and travel ball career, Glover found himself matching up with some of the country’s elite prospects, including UF signees Scottie Lewis and Tre Mann, in addition to fellow Florida commit Jason Jitoboh. After competing against them, Glover seems eager to join the crew in Gainesville in the summer.

“Those guys can really score. They’re athletic. Scottie Lewis is probably one of the most athletic people I’ve played in my whole life, and Tre Mann can really score the ball really well. And Jason is huge, and he’s really good around the basket,” Glover said. “I like playing the best competition available.”

For those close to Glover, his commitment to Florida has long been in the making, and those close to him aren’t questioning his potential impact in Gainesville.

“A lot of people are just proud of me, because they know how hard I’ve worked and they see me in the gym a lot,” Glover said. “Being able to get this offer and committing to the Gators, they were just proud of me to do that.”