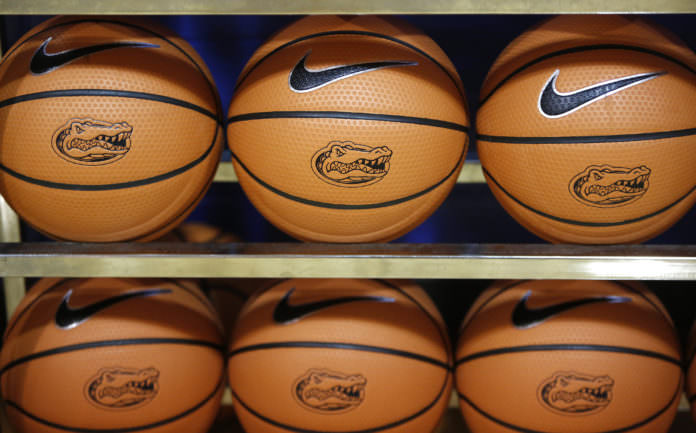 Florida announced the signings of guards Andrew Nembhard and Noah Locke for its 2018 class on Thursday.

The 6-foot-4 Nembhard, a four/five star point guard recruit from Thornhill, Ontario, is playing at Montverde Academy outside Orlando this season. The 6-3 Locke, a four-star recruit from Owings Mills, Md., is considered one of the top pure shooters in the 2018 class.

“We’re really excited about both of these young men and their future at UF,” Florida coach Mike White said. “They are outstanding guys and talented players who we expect to fit in well, both in our team’s culture and style of play.”

White said that Locke, who made 53 3-pointers over the summer during the Nike EYBL circuit, is one of the best shooters he’s ever recruited.

“I hate to put that pressure on him but that’s what he embraces, shot-making ability,” White said.

Nembhard, according to White, is a high-level playmaker and leader capable of running a college offense. He’ll help fill some of the void left when senior starting point Chris Chiozza leaves next season.

“He has the ability to make everyone around him better,” White said.

Here’s more information on both signees:

Rated a four-star prospect by ESPN, Rivals and 247sports.

Regarded as the nation’s best perimeter shooter in the 2018 class.

Averaged 18.2 points per game on this summer’s Nike EYBL circuit, hitting a top-ranked 53 3-pointers over the course of 16 games

Projects as a two-guard for the Gators.

·Rated a five-start prospect and top-30 player in the class by Rivals and 247sports, while ESPN tabs Nembhard as a four-star and top-50 player.

One of the best passers in the 2018 class, Nembhard is known for his ability to attack the lane and make plays for others.

Projects as a point guard for the Gators.

Originally part of the 2019 class, Nembhard reclassified to 2018. He is the first Gator signee to reclassify and sign early since Scottie Wilbekin in 2010.