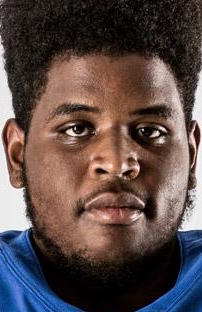 The former four-star prospect was expected to compete for playing time in a UF offensive line group lacking significant depth. Walker initially committed to South Carolina before flipping his commitment to Florida and coach John Hevesy late in the process.

Instead, Walker tweeted out Saturday he will transfer to the University of Miami. “I’m staying home,” he wrote on his account.

The 6-foot-4, 290-pounder out of Miami Norland was on campus for just over two months before the coronavirus pandemic brought UF’s spring preparation to a halt.

Catching up with: Don Gaffney remembers first start at quarterback for Gators in 1973

Fact or Fiction: Florida will sweep its road games this season