GatorSports.com
Facebook
Twitter
Pinterest
WhatsApp
A law firm representing Chandler Parsons says the Atlanta Hawks forward suffered potentially career-ending injuries in an automobile accident caused by a drunk driver last week.
The Hawks announced last Wednesday that Parsons (University of Florida) had been placed in the NBA’s concussion protocol after suffering a concussion and whiplash in the crash, but did not disclose any further details.
The law firm Morgan & Morgan, however, said Monday in a statement that Parsons “suffered multiple severe and permanent injuries including a traumatic brain injury, disc herniation and a torn labrum.”
The firm said the driver who caused the crash, who is not identified in the statement, was arrested and charged with DUI. The driver allegedly caused a three-car crash, including Parsons’ vehicle, at approximately 2 p.m. ET and admitted to drinking, according to the law firm.
“Chandler was seriously injured in this crash, which never should have occurred,” Morgan & Morgan said in its statement.
“The at-fault driver created utter chaos on the roadway, needlessly endangering the lives of countless motorists; he now stands charged with DUI, admitted drinking, had alcohol in the car with him, passed out after causing a three-car crash at 2:00PM on a Wednesday in a busy intersection, seriously injuring and potentially ending Mr. Parsons’ career as a professional athlete.”
Parsons, 31, has been plagued by chronic knee injuries since signing a four-year, $94.8 million deal with the Memphis Grizzlies in July 2016, appearing in just 100 games in four-plus seasons over that stretch.
Parsons has played in just five games this season for the rebuilding Hawks, who acquired him from the Grizzlies in a trade last summer.
“Chandler is having a difficult time accepting the consequences of the defendant’s reckless conduct on the roadway,” Morgan & Morgan said.
“Chandler was in peak physical condition at the time of the wreck. He is now working with a team of doctors to regain his health, and at this time, his ability to return to play is unclear. Our focus right now is on helping him make a full recovery, while we also work to hold any and all responsible parties fully accountable.”
The 31-year-old Parsons is making more than $25 million in the final year of his contract. He has played just five games for the rebuilding Hawks, averaging 2.8 points. 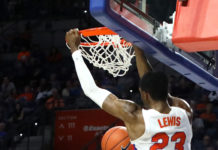 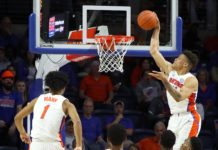 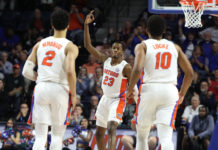