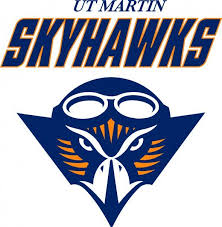 While the Florida Gators were taking the day off last Thursday in the middle of their bye week, their opponent this Saturday, UT Martin, was opening its season with an impressive and complete victory at home over Northwestern State.

After trailing 20-14 at the half, the Skyhawks came out hot in the second half, outscoring Northwestern State 28-0 to pull away with a 42-20 win.

It was a promising start to the season for a team that went 2-9 and 0-6 in the Ohio Valley Conference in 2018.

“I’m very proud of our defense,” UT Martin head coach Jason Simpson said. “In the first half, Northwestern State kind of got after us. Statistically, they had 300-something yards and they had a great game plan getting the ball out quick. Their quarterback is a good player – I was very impressed with him. Our defensive staff made some adjustments and the kids adjusted to that. We didn’t give up a point in the second half – that’s awesome.

“We adjusted some things on offense and wanted to slow it down a little bit to keep the offense off the field. We were bend but not break in the second half, but you knew when they throw it enough that eventually they were going to find one of those seams. It was a great team win. You heard me talk in camp about the senior leadership and guys hanging together, playing as a team. That’s what I saw out there today.”

Cornerback Wayna Moton was named OVC defensive player of the week for his performance. He had seven tackles and two interceptions, returning one 78 yards for a touchdown in the second half.

Terry Williams was named OVC specialist of the week after accounting for 199 all-purpose yards, highlighted by a 55-yard punt return for a touchdown in the second half.

The UT Martin defense is led by its veteran linebackers — seniors TJ Jefferson and Sherrod Pittman. In the opener, the two combined for 23 tackles, 2.5 tackles for losses, one sack and two pass breakups.

On the other side of the ball, the Skyhawks are led by two first-year staters in quarterback John Bachus III and running back Peyton Logan. Both had impressive debuts in the opener.

Bachus completed eight of 20 passes for 130 yards and two touchdowns. The TDs came on a 39-yard strike to Colton Dowell and a 43-yard pass to Jaylon Moore.

Logan was the ground game for UT Martin, rushing for 149 yards on just 13 carries, an average of 11.4 yards per rush.

The Skyhawks are strong on special teams and are led by Williams, one of the most explosive return men in the OVC. He’s also a threat as a wide receiver.

As for Saturday night’s game in The Swamp, it will be the third year in a row that UT-Martin has ventured into SEC territory. The two previous games were blowout losses.

The Skyhawks fell 45-23 at Ole Miss in 2017 and lost to Missouri 51-14 last season. In the loss to the Tigers, UT Martin had no answer for Missouri quarterback Drew Lock, who threw for 289 yards and four touchdowns. The Tigers rolled up 558 yards of total offense.
This will be the first meeting between Florida and UT Martin. The Gators will play another first-time opponent on Sept. 28 in Towson.

Saturday night’s game will be a homecoming for UT Martin defensive line coach Clint McMillan, who played defensive tackle for the Gators in 2004-07 when UF coach Dan Mullen was the UF offensive coordinator under Urban Meyer. 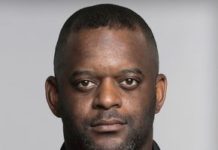