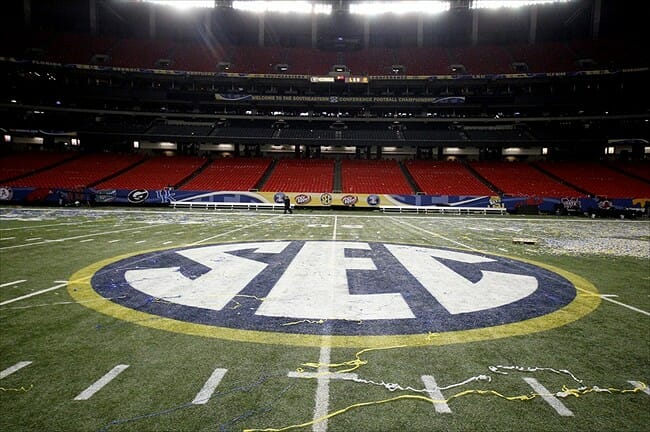 Now that starting quarterbacks have all been named (well, not all of them) and depth charts are finalized (there are a lot guys named OR) and we have had yet another tongue-in-cheek lecture from Nick Saban (a tradition like no other), we are ready.

Ready to be dazzled.

And, of course, ready to overreact.

The first weekend is begging for it.

By Tuesday, we will have eliminated (mentally) a dozen teams from the College Football Playoff even though some of them will still have a chance in late November.

We will have a Heisman Trophy winner who won’t win it.

We will have a coach fired who will be coaching the same team next year.

We will be convinced a team is way better than we thought only to see it start a downward slide a couple of weeks later.

It’s what we do. We have been waiting for so long to get the season started that one weekend of games is all it takes to make us all experts.

The overreaction of the first week of The Picks will be epic. Either it’s one of those weeks where I wonder if I should start going to Vegas or it’s a week where I start thinking about someone else doing The Picks.

CHARLESTON SOUTHERN AT FLORIDA: It will be great to see Cris Collinsworth as Mr. Two Bits on Saturday night. It will be better if he doesn’t need Tommy John surgery when it’s over. Florida, 34-16.

AUBURN-WASHINGTON (ATLANTA): Can the Tigers lose their third straight game in Atlanta’s fancy stadium? And when is the last time a team played three straight games in the same stadium that was not its own? Someone look that up. Auburn, 29-20.

MICHIGAN AT NOTRE DAME: And yet, here’s the thing, when you have a game like this, you know, you just hope your guys get on the bus and they’re not a bunch of dead fish. Which is pretty cool. Jim McElwain may be at Michigan, but we can still hear his voice. Notre Dame, 23-21.

ALABAMA-LOUISVILLE (ORLANDO): You know what would be really funny? If Saban didn’t start Tua Tagovailoa OR Jalen Hurts and ran third-teamer Mac Jones out there for the first play. Might even make Bobby Petrino smile. If that’s possible. Alabama, 31-23.

MARYLAND-TEXAS (LANDOVER): Texas is one of those “everybody’s darlings” picks to have a big year. Maryland is now the team a lot of people are rooting against. Texas, 34-12.

MIDDLE TENNESSEE AT VANDERBILT: This might be the toughest game to pick as Middle has 16 starters back and Vandy is Vandy. I’m buying into Derek Mason’s swagger this year. Vanderbilt, 31-24.

LSU-MIAMI (ARLINGTON): Ed Orgeron already received his first hot seat question from the national media this week. Proud of Gainesville Sun alum Ed Aschoff for asking it. “What happens outside this building, we block out the noise,” Orgeron said. We do the same at his news conferences. Miami, 23-20.

VIRGINIA TECH AT FSU: Here’s hoping for a great game to wrap up the first weekend. But I’m not seeing it. FSU, 37-17. 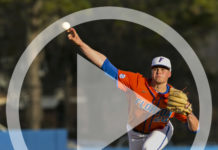