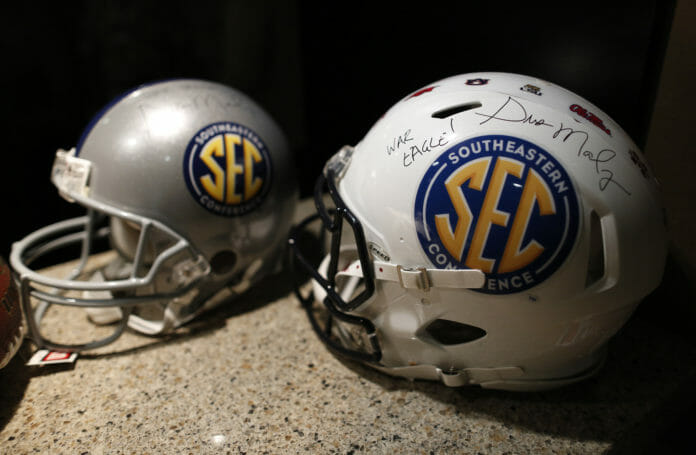 The SEC West has dominated the East for the last five seasons since the two division split 14 games in 2012. It looked as if the East was making some headway in 2016 when it won five of the 14 games.

But last year was more of the same with the division finishing with a 3-11 record.

The good news for the East is that it broke a streak of eight straight SEC Championship Game wins for the West when Georgia beat Auburn.

But just two seasons prior, the East was so bad it was rated as the worst Power Five division in America after going 2-12 against the West.

Can the East make up some ground this season? Here are five ways it can:

In the end, a second straight win in Atlanta will get people off its back, even if it is Georgia again carrying the banner.

The two teams went 0-4 last year and 1-15 overall. That’s not a good look for the division.

On consecutive Saturdays, Florida plays host to the Tigers and Georgia travels to Baton Rouge. If LSU is truly down, a sweep here would really help.

This is a big game for the East on Nov. 10. The Tigers won the regular season battle before falling to the Bulldogs in the title game.

This has nothing to do with the SEC standings, but one of the problems has been that the East has lost so many games out of conference. It starts with Tennessee-West Virginia on Sept. 1 and finishes with a slew of rivalry games the final week of the season.

Dooley: X Factors of the SEC