[Updated: 6:51 p.m., 3-2-18] The path back for Florida senior center John Egbunu from torn ACL surgery ended with a roadblock that was too difficult to overcome.

Florida announced the 6-foot-11, 265-pound Egbunu won’t be back this season, a foregone conclusion after a series of setbacks during the rehab process began surfacing in January. In a last-gasp effort to return to the court, Egbunu had a second procedure on his left knee, a bone marrow aspiration, performed at Dr. James Andrews’ Orthopedic Center on Feb 12. But after a three-week accelerated rehab process, Egbunu’s knee did not respond. On Friday, Egbunu opted to shut himself down for a full three-month recovery from the procedure.

Egbunu’s rehab was slowed due to cartilage damage under his kneecap that caused swelling. He tore his ACL on Feb. 14, 2017 in a game at Auburn and sat out the remainder of his junior season.

“Throughout the whole rehab process, roughly about like three months in, I started having issues with swelling,” Egbunu said. “And it’s just something I’ve battled all the way through. You know, I’ve had my knee drained like probably five times. I’ve had cortisone shots put in my knees. I feel like we’ve done everything we possibly can. I’m still having a little bit of swelling.”

A transfer from USF, Egbunu is in grad school at UF and completing his fifth year of eligibility. Egbunu could petition the NCAA for a sixth year and return for the Gators, but hasn’t decided if he wants to do so.

“I’d be doing a great injustice to the team if I’m kind of like worried about my future,” Egbunu said. “Right now, I’m really just trying to focus on helping these guys, just taking it one day at a time. When that time comes, I’ll figure out a decision and kind of like what I want to do and talk to the coaches about it and just go from there.”
Egbunu will take part in Senior Day ceremonies with Chris Chiozza and Egor Koulechov before Saturday’s game against Kentucky.
“He’s been a terrific Gator,” Florida coach Mike White said. “It comes to mind, we’re playing Kentucky tomorrow at home. In another game against Kentucky at home he had nine dunks. The guy was amazing in that game.
“I thought last year he was one of the most underrated defenders in college basketball. His defensive numbers — computer numbers — were absolutely off the chart last year and really anchored what was a top-five defense in college basketball. He was an improving offensive player, of course. He’s been a great example for younger guys. Had absolutely zero issues with John off the floor. He’s been a good role model in the community. Absolutely hate it for him. He’s been awesome.”

Not only will Egbunu and point guard Chris Chiozza be honored Saturday, but so will grad transfer guard Egor Koulechov, who will be playing his final game at the O’Dome against the Wildcats.The Rice transfer said he won’t have much family in town for the occasion.

“Got a couple friends, got my high school coach, but that’s about it,” Koulechov said. “It’s a big game for sure, but it’s not about us, it’s about the team.”The 6-5 Koulechov has made an impact for the Gators this season, leading UF in rebounding (6.6 per game), while ranking second on the team in scoring (13.7 ppg) and 3-point field goal percentage (40.3 percent). Often, Koulechov has had to play out of position at power forward and bang with taller, stronger SEC players when UF plays four-guard lineups.

“ Egor has been a mainstay for this team,” White said. “He’s been as consistent, with Chris, as anyone on this team. Those two guys stick out. He has exemplified incredible toughness at 6-foot-5 banging with high-level, big, strong front court guys in this league all year. He’s really, in the past three weeks or so, settled in offensively, too, and become more efficient. He’s done everything that we ask him to do.”

Koulechov said he didn’t pay too much mind to Kentucky freshman guard Quade Green’s comments that the Wildcats, “need to go down and spank Florida” following UK’s 96-78 win over Ole Miss on Wednesday.Kentucky is looking for payback after losing to Florida 66-64 at Rupp Arena, a game that featured a controversial no-call on a block by guard Jalen Hudson in the closing seconds against driving Kentucky freshman forward P.J. Washington.

“They said what they said,” Koulechov said. “ But we’re just going to keep it on the court, try to handle our business there.”

With redshirt freshman forward Dontay Bassett out due to concussion protocol, the Gators will be going with a rotation of three frontcourt players against Kentucky: junior center Kevarrius Hayes, redshirt sophomore forward Keith Stone and sophomore center Gorjok Gak.Asked the most minutes he could get out of the 6-11 Gak, who has been playing through knee pain this season, White responded: “He played as many minutes in practice today as he’s played in a game. I hope he feels well. I hope his knee feels well, of course. And he’ll determine some of that. I’ll be asking him throughout the game. Some of it depends on the productivity he’s giving us.

“I hope that he can gain some confidence. He hasn’t been nearly as confident this year. He’s had some dump-off opportunities in Tuscaloosa where he’s quickly looking to pass it. I don’t know how much of it is thinking the knee is bothering him or just lack of reps in practice. He’s a shell of what he was late last season.” 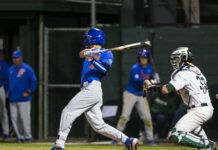 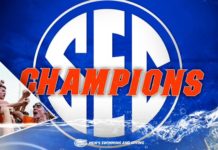